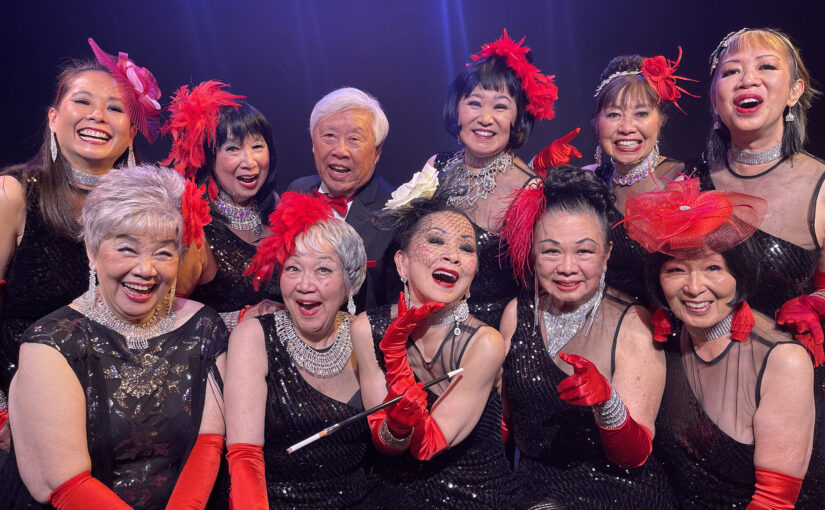 Originally comprised of four professional dancers from San Francisco Chinatown’s nightclub culture of the 1950s and ‘60s, they were following doctor’s orders to exercise for improved physical health. the Follies rediscovered the sheer joy and freedom of dance and reconnected with their roots! Dance classes led to recitals and eventually requests to entertain seniors at various San Francisco Bay Area daycare facilities.

The Follies enjoys a loyal following of seniors, many of whom frequented the Chinatown nightclubs of the ’40s, ’50s and ’60s such as the Forbidden City, the Sky Room and Shanghai Low.  However, Grant Avenue Follies has also seen its share of appreciation from “20-somethings” taking an interest in its unique roots in San Francisco Chinatown history.

Cynthia Yee, founder of the Grant Avenue Follies, received the Jefferson Award for providing service to various communities in the San Francisco Bay Area. The Grant Avenue Follies has played a major role in entertaining and raising funds for senior citizens groups, including On Lok Senior Center of San Francisco. The Follies has been featured on KPIX 5 News, KTSF 26 Cantonese and Mandarin News, as well as in the San Francisco Chronicle, Chinese language newspapers, and Positive Thinking Magazine.